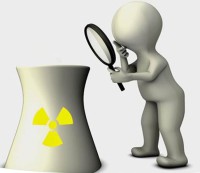 Nuclear Transparency Watch was created in November 2013 as a European, non-profitassociation founded under French Law which gather together different civil society representatives. Its main objective is to ensure greater vigilance and public involvement in relation to all activities in nuclear sector. Therefore, the NTW has chosen as a lead message to “Prevent and anticipate through transparency and participation” and has the principal focus on transparency as a means to guarantee safety and the protection of human health and the environment against ionizing radiation.

NTW includes two types of members: individuals as qualified members and organizations which are implicated in or concerned with the monitoring of nuclear activities. The NTW counts currently 48 members and doubled the number of members since 2013. These members represent 17 EU countries (Italy, France, Germany, Netherlands, Belgium, Luxembourg, UK, Ireland, Spain, Sweden, Austria, Slovakia, Hungary, Czech Republic, Poland, Bulgaria) and 3 non-EU countries (Ukraine, Russia, Turkey), also qualified members coming from variety of EU Parliament parties. In addition, there is also a wider group of interested NGOs which joint to the NTW for particular project or activity.

The topics which are of interest to NTW are currently also organized as Working Groups and include:

As a cross-cutting area there is a Working Group on transparency and public participation which foster implementation of Aarhus and ESPOO convention in nuclear sector, including the right to access to information, participation in decision-making process and justice in environmental matters. In addition, NTW also support the right to the effective access to resources, including financial resources, which are necessary in order to achieve enduring, knowledgeable, rigorous and constructive engagement.

At the end of our fourth anniversary we can say that NTW has become an important player at EU level gathering different representatives of civil society concerned with nuclear safety and radiation protection. The NTW is now involved in many EU activities and has established relationships with EC institutions, assures the transboundary participation in relevant topics and provides the support at national level for civil society organizations, many times lacking the national support. We will also in the future aim to increase the transparency of nuclear activities and the engagement of civil society to achieve and maintain a high level of nuclear safety in the European Union and at its borders.

Nadja Zeleznik is the president of NTW and senior Expert at EIMV Slovenia.