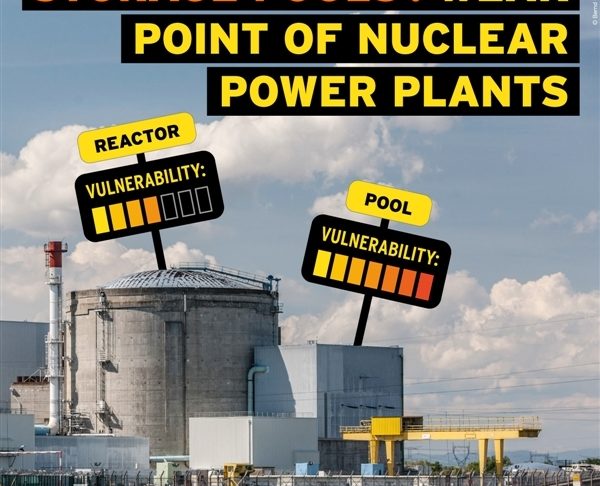 Spent fuel pools are used to temporarily store the fuel from nuclear reactors. After irradiation in a reactor core, the fuel is still very hot and radioactive. It needs to be cooled in the water of these ponds, which also provides shielding from radiation. After a few years, a tiny part of this fuel will be “reprocessed”, while the remaining fuel waits for a final storage solution.

Independent experts who contributed to the writing of this report reviewed nuclear power plants in France and Belgium, and focused on the ability of spent fuel storage pools to withstand a malicious attack.

What does the report say?

Because it contains sensitive information about security at French and Belgian nuclear facilities, the report will not be released to the general public. It will be submitted by Greenpeace France, Greenpeace Belgium, Greenpeace Germany, Greenpeace Switzerland and Greenpeace Luxembourg to the relevant nuclear security authorities in order to alert them to the issue.

Read the executive summary of the report in english here.