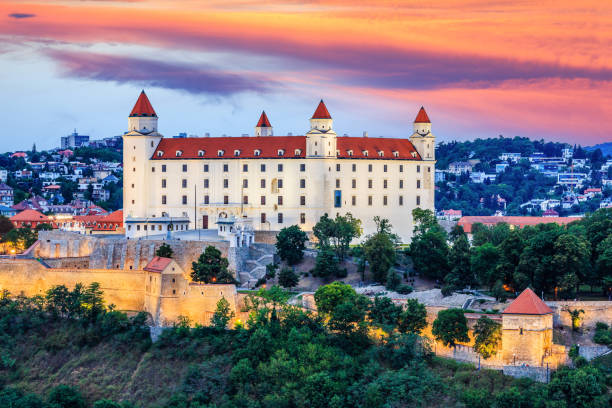 On 6 October 2021, the Slovak Parliament approved a bill aimed at banning future contracts for incineration of foreign radioactive waste (RW) on Slovak territory (further referred only as “the bill”). Both the Slovak members of NTW and the EURAD Civil Society Larger Group (CSLG), Michal Daniška and Peter Mihók, hereby share their objections to some formal aspects of the parliamentary procedure that led to the approval of this bill, as well as concerns regarding potential risks in implementing this bill, both due to significant changes made to the wording at an advanced stage of discussion in the Parliament. Yet Daniška and Mihók consider this legislative change to be a significant milestone with regard to the willingness and ability of Slovak politicians to take into account (also) the content of a petition of local citizens and requests of some municipalities affected by the RW treatment facilities (incl. outcomes of relevant EIA procedures, etc.).

The original wording of the bill was formally proposed by four MPs from all the four different political parties of the current Slovak government coalition on 28 May 2021. The MPs used their legal right to directly propose amendment of laws, in this case amendments of the Act no. 17/1992 Coll. on the Environment and the Act no. 87/2018 Coll. on Radiation Protection. The key part of the bill was, in its original wording, aimed at prohibition of import of RW and/or spent nuclear fuel that was not produced on Slovak territory as well as the prohibition of its storage, treatment, conditioning, disposal, manipulation and other ways of management in a way that could lead to an increase in the radiation exposure of the population or the environment.

In resolution no. 486 from 8 September 2021, the Government of the Slovak Republic formally, with some stipulations, endorsed the bill proposal of the four MPs. The stipulations targeted, apart from technical and stylistic modifications, mainly at reformulations of the transitory provisions in order to amend the laws without affecting the already signed contracts for foreign RW incineration. This exemption was a compromise between the different positions of the Ministries of Environment and Economy dating back to February 2021[1]. The core intention of the original proposal, i.e. the focus on prohibition of import of RW from abroad and its treatment, was not objected by the government.

This “governmental endorsement” probably confused the editor of the ‘World Nuclear News’ (WNN), which published on 9 September 2021 an article titled Slovakian Parliament bans foreign waste services[2]. According to this article, “processing radioactive waste or used fuel from other countries has been banned in Slovakia”, and this “move will force the closure of a business unit of JAVYS, potentially leading to job losses once ongoing work is completed”.

However, on 24 September 2021, two from the MPs[3] proposed a significant amendment of their own original wording of this bill proposal, which changed its tenor significantly. The original proposal (correctly summarised in the above referred WNN article) was, at an advanced stage of law approval procedure in the Parliament, amended only to prohibition of (future contracts to) “import RW that was not produced on Slovak territory for the purpose of incineration”, i.e. very significantly limited. Subsequently, on 6 October, the Slovak Parliament approved this significant change/limitation to the originally proposed bill. Right after this, the Parliament also approved the decision not to discuss the significantly amended/limited proposal (in the third, final reading of the draft law amendment), and right next, the MPs quickly approved the amended/limited bill.

The Slovak NTW and EURAD CSLG members have objections to the above outlined procedure of the Parliament, because the public (in the interdepartmental commenting procedure preceding the session/endorsement of/by the government) could only discuss a completely different law proposal wording than the wording in the end approved by the Parliament. It remains unclear why the two MPs changed their own proposal so significantly at an advanced stage of the law adoption process in the Parliament, i.e. why this significant change was not based on a transparent process that would explicitly deal (only) with the stipulations from the session of the Government on 8 September. Instead, the procedure in the Parliament seems to be characterised by “a sudden change of mind” of the two MPs without any reference to any communication with citizens, and, moreover, without giving citizens any chance to comment. Even moreover, this sudden change seems to not have been sufficiently discussed with the rest of the MPs (who might have also been confused with the approval of a completely different original wording of the bill after its first reading). While legal, the Slovak activists perceive such practice as unethical, because the MPs misled the public and foreign media that these Slovak politicians intended to ban import of foreign RAW and “activities related to radioactive waste and used nuclear fuel which does not originate in Slovakia” completely, i.e. that they did not aim just to exclude incineration from eligible ways of treatment of imported foreign RW.

The Slovak NTW and CSLG members are also concerned because, in contrast to the original wording of the bill, the adopted wording does not explicitly deal with potential ways of bypassing the ban to incinerate materials with radioactivity imported to Slovakia from abroad. This might, for example, concern incineration of secondary RW that would result from ‘a non‑incineration’ treatment of foreign RW imported into Slovakia in line with the bill. The Slovak activists are concerned about this also because they have, for many years, observed various legal tricks by Slovak politicians in which they attempted to bypass, resp. bypassed the application of the first pillar of the Aarhus Convention in particular with regard to commercial nuclear sector information[4].

As mentioned earlier, the already signed contracts for foreign RAW incineration will not be affected by the bill. This concerns 617 m3 and 865 tons of RW from Italy and 21.7 t from Germany, i.e. amounts that significantly exceed the volumes of incinerated domestic RW (about 60 – 85 tons annually during the period 2016-2020). Daniška estimates that the volume of contracted but not yet incinerated foreign RW might reach more than 1000 t at the moment[5]. The limits of RW incineration at the Jaslovské Bohunice treatment centre are proposed to be increased from 240 to 480 t annually. Even if the proposed increase of treatment limits is approved, one might expect that, in order to complete the contracts, while taking into account also the volume of the domestic RW that is to be incinerated (see above), tens or hundreds of tons of foreign RW will still be incinerated in Slovakia annually for the next few years after the bill comes into force on 1 January 2022.

The legislative change dealt with in this text is directly related to the project of increase of the treatment limits of the originally national‑level-only RW treatment facility in Jaslovské Bohunice, its expansion (including construction of a second incineration plant), as well as to the ongoing foreign RW treatment at this facility. Foreign low-level and very low-level RW has been treated in Jaslovské Bohunice since 2013, mainly by means of RW incineration. The share of incinerated RW coming from abroad on the total incinerated volume varied between approx. 35-45% during 2015-2019, and exceeded 50% for the first time in 2020. Despite its importance, the information about incineration of foreign RW was not given substantial attention in the mainstream media until 2018-2019.

As mentioned above, Daniška and Mihók still consider the bill dealt with in this text to be, under the specific historical and cultural context of Slovakia, a significant milestone. This is because, for the first time, they noted that national level politicians paid respect to results of active participation of local citizens and municipalities affected by the nuclear industry in several processes related, directly or indirectly, to this bill. They would like to emphasize that a significant credit for adoption of the bill belongs to the unprecedented public pressure of thousands of citizens and several municipalities from the region around Jaslovské Bohunice, as well as to the work of the Ministry of Environment, including intensive personal initiative of Mr. Ján Budaj, the current Minister of Environment (in a position after the general elections and subsequent change of the government in Slovakia in March 2020).

[4] See: the UNECE procedure at: https://unece.org/env/pp/cc/decision-vi8i-concerning-slovakia and the NTW overview of the Slovak activists’ submissions addressing lack of public access to nuclear sector information in Slovakia at the NTW website at: http://www.nuclear-transparency-watch.eu/category/activities/transparency-and-public-participation.

[5] By early October 2020 103 tons from one of the Italian contracts had already been imported and preconditioned, of which 79 tons were incinerated and exported back to Italy as well (see the statement of the spokeswoman of JAVYS, i.e. the operator of the RW treatment facility in Jaslovské Bohunice, in the news article (in the Slovak language)  https://e.dennikn.sk/2078275/spalovat-cudzi-radioaktivny-odpad-kollar-a-sulik-su-za-zvysok-koalicie-proti/ dated 08.10.2020 (last accessed 2021-10-12). According to the data presented by JAVYS to the mayors of the affected municipalities, additional 98 tons of foreign RW were incinerated between October 2020 and August 2021.