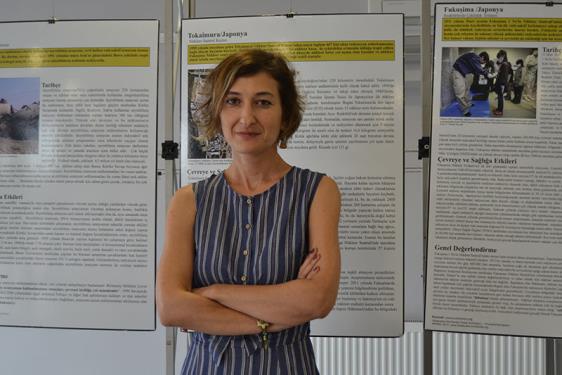 Nuclear developments currently play a front-role in political discussions in Turkey. In this article, we give a sketch of the situation around the most advanced of the three proposed nuclear plants – the Russian build, owned and to be operated project at Akkuyu. We will reflect on methods used during this process, transparency, involvement of civil society, public participation and access to justice.

Being one of the first countries to sign an agreement based on to the “Cooperation With Other Nations” article 123 of the US Atomic Energy Act of 1954, establishing US President Dwight D. Eisenhower’ s Atoms for Peace programme, different Governments of Turkey have pushed nuclear energy as the “development key of the country”. Turkey established an Atom Energy Commission as early as 1956 to work on nuclear energy and radiation safety, which in 1982 was transformed into the current nuclear regulator and licensing authority TAEK (Turkish Atomic Energy Commission). Today there are two research reactors at the Nuclear Research and Training Centre in Istanbul.[1] For further development of the sector, bidding processes were started in 1965, 1972, 1982 and 1993 respectively, but they were never realized due to political and economical uncertainties formed in the atmosphere of military coups that happened almost every 10 years.[2]Also, a strong anti-nuclear movement played an important role. This started in the 1970’s with protests of fishermen and citizens in Mersin and was enhanced by the Chernobyl disaster in 1986. In the end of the 2000s, the plans were once more revived and currently three projects are being pursued: Akkuyu in the South-East, Sinop in the North-East and Igneada in the West. The official justification is a need to reduce dependence on foreign sources.[3]

In 2010, Turkey signed an Intergovernmental Agreement with Russia to have a nuclear power plant established near Mersin, on a site at the Mediterranean coast. This agreement lets the Russian company Rosatom establish the four-reactor Akkuyu Nuclear Power Plant under a so-called Built-Own-Operate (BOO) model, the first example realised in the world.[6] Under this scheme, the estimated cost of the Akkuyu project is 22 billion dollars for four reactors of the VVER1200 design, and electricity produced by Akkuyu will be bought at a guaranteed price of 12,35 Dollarcent per kWh for 15 years.*

As an international agreement, this deal was reached outside of the public eye and cannot be evaluated within the constitutional rules.

Although Turkey is not a signatory of the Aarhus and Espoo Conventions, which oblige public participation and an Environmental Impact Assessment (EIA), Turkish law does enshrine the need for an EIA. On the basis of the negotiations for accession to the EU, this law reflects much of the EU EIA Directive. The EIA report of the Akkuyu project was twice refused by the Ministry for Environment and Urbanisation. A third application was approved in the end of 2014, within a week after president Vladimir Putin visited Turkey.

Around the entire process, there was strong public debate. In reaction to the approval of the EIA, a group of 13 civil society organisations and 80 individuals, including physicians, lawyers and engineers associations, environmental organisations and local associations, filed an appeal. Despite local and national public discontent, feasibility studies for the nuclear power plant site were started on 14 April 2015.[8]

Sinop and Igneada – the other Turkish nuclear projects

The Akkuyu nuclear power plant is the first one to enter the construction phase. But in 2013, Turkey signed an intergovernmental agreement with Japan for a second nuclear power station near Sinop, a city on the Black Sea coast. Also here, a Build-Own-Operate (BOO) agreement is foreseen. The Atmea reactors are to be delivered by Mitsubishi in cooperation with French Areva. The Atmea design so far only exists on paper and Turkey is currently the only interested country. The nuclear reactors, according to the agreement, should be capable of using mixed oxide (MOX) fuel, including plutonium from reprocessed spent nuclear fuel. In spite of the project still being in a very early stage and no related permits being given, 600 thousand trees were cut on the land that was transferred from the Ministry for Environment and Urbanisation to the Energy Ministry.

In 2016, the government announced a third project, potentially in cooperation with Chinese nuclear constructor CNG. Igneada is famous for its rainforest nature, located at the border with Bulgaria on 220 kilometres from Istanbul.

The use of three different technologies, implemented and owned by three different countries, raises serious concerns about whether different safety procedures and rules will fit in the still infant nuclear legal infrastructure in Turkey.

Although it was envisioned in the BOO model that Rosatom would become the sole owner of the project, difficulties for Russia in financing its part forced it to sell in November 2017 49% of shares[9] to CKK, a consortium of three Turkish companies: Cengiz, Kolin and Kalyon, who currently demand an equal say in the management of the project.[10]

In 2014, an “Integrated Nuclear Infrastructure Overhaul” (INIR) mission from the IAEA concluded that the Turkish legal and procedural structures needed improvement.[11] The findings of this mission were only leaked six months after the report date. One of the central critiques in the mission report was the lack of independence of the nuclear regulator TAEK as prescribed in the Convention on Nuclear Safety (CNS).

Although Akkuyu is far away from most of its neighbouring countries, because Turkey is not a signatory of the Espoo and Aarhus Conventions even 100 km far Cyprus was not able to participate in the EIA procedure.[12]

The project is situated on a remote piece of Turkey’s Mediterranean coast. Critics allege that during the project preparation too little attention is given to nature protection. This includes threats to the wetlands around the Göksu River, and to important Mediterranean red-listed species like loggerhead turtles (caretta caretta) and monk seals (Monachus monachus).[13] There are furthermore concerns about the effects of a 2 degree temperature increase in the waters surrounding the plant due to cooling water.[14]

Turkey is situated in an active earthquake zone and its coasts have an elevated tsunami risk. The civil society appeal of the EIA report highlights the risk of an active fault line at 30 kilometre distance from the Akkuyu project site.

The EIA report contained no explanation regarding radioactive waste issues. At the expert review process of the EIA court case, Rosatom clarified that Russia would, under art. 12 of the Russian Constitution, never take nuclear waste for final storage from foreign sources. There is therefore no clarity about how especially spent nuclear fuel will be treated and high-level waste will be disposed of. Concerns exist in this respect especially about the high seismic risk in the entire Turkish territory, that makes finding a safe final deep depository virtually impossible.

The Turkish-Russian agreement seems to foresee reprocessing of spent nuclear fuel in Russia with repatriation of resulting vitrified high-level waste. There is, however, no clarity about the transport of spent nuclear fuel and vitrified waste, which might have to pass the highly inhabited area of Istanbul through the narrow Bosporus strait.

In March 2017, the Turkish government took a decision to start the project in spite of the EIA appeal still pending in court.[15] A decision on this EIA appeal is expected in late December 2017 or early 2018. However, president Erdoğan dashed any hopes on substantial changes to the project or a sincere assessment of its justification by declaring that the Akkuyu nuclear power plant project will be realized despite any environmentalist concerns. This message of the President was interpreted as a directive given to judicial bodies.[16]

NGOs and professional organisations also severely criticise the quality and insufficiency of the information shared with the public around the project, among others in their EIA complaint.

Government seems to attempt to reduce civil society participation in nuclear power plant decisions in other ways. It declared nuclear power plant projects as strategic mega projects, and decisions, including environmental ones, will directly fall to the Prime Minister and the President.[17]

Environmental NGOs, but also professional associations and media that have brought themselves into the public debate around Akkuyu and other nuclear projects, have faced strong verbal attacks by regime-friendly media and on social media, including from the President himself. As a result, they have become extremely careful in their activities and communication around nuclear issues, fearing it might be used as a reason for further intimidation or even legal steps endangering their very existence. Where nuclear power for more than 40 years was a strongly visible element of environmental debates in society, the civil society movement now turns to international solidarity to help save at least a bare minimum of transparency and public participation.

[6]             The first BOO was to be signed in the US to have one reactor of the Calvert Cliff nuclear power plant by Japanese Mitsubishi, but this was refused because of military security interests under section 104 of the Atomic Energy Act of 1954