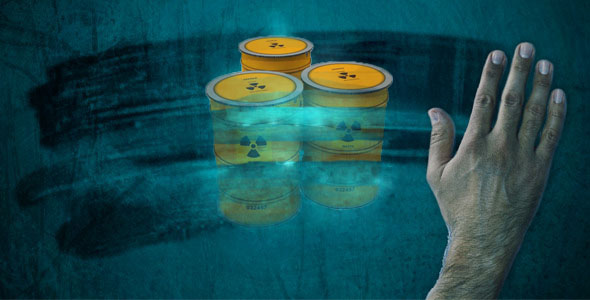 Since NTW was established at the end of 2013 one of the key activities has been the development of projects within the Radioactive Waste Management (RWM) field. An NTW working group on RWM issues was established at an early stage by a core group of NTW members, who are the authors of this report.
One of the first projects developed within the NTW RWM working group was on transparency and it was named the BEPPER project. BEPPER stands for “Broad Framework for Effective Public Information and Participation in Environmental Decision-making in Radioactive Waste Management. This report describes some of the innovative thinking and practice on transparency that has been developed in the project during the first two years. The consultancy company CiviQ has provided valuable contributions into the report.

Introduction:
Transparency of high quality is essential to an enduring and constructive engagement of civil society in the area of radioactive waste management (RWM). Primarily transparency in RWM is important because it can improve the safety of RWM projects, facilities and repositories.

There are various definitions and levels of understanding of the concept and the practice of transparency. Within the nuclear sector definitions usually include processes for enabling public information and communication and participation and engagement of civil society in decision-making. However, there is, as yet, no single agreed definition of what constitutes effective transparency that leads to good results. In the report a first section attempts to provide an understanding of the concept of transparency in relation to RWM and to describe effective transparency processes. In the section the “NTW BEPPER Pillars for Effective Transparency”, i.e., the NTW BEPPER pillar, are introduced.

There are systems of international governance for how transparency, generally and in RWM in particular, could or should be achieved. Of special importance in this regard is the full implementation of the Aarhus Convention in national legislation. In addition there is a need to make available resources to enable robust public participation.

The implementation of such governance at European and national levels as well as experience from various projects studying or developing transparency in practice has led to considerable experience on how transparency can be effectively implemented. In the report this experience is collated and distilled into a set of categories and criteria called the “NTW BEPPER Key Components of Effective Transparency in RWM”, i.e. the NTW BEPPER key components.

It is of importance to be able to evaluate the effectiveness of a governance system for transparency in RWM. A key objective of the work of the NTW RWM working group has been to initiate and work towards the development of such a governance system. This report is a major step in that direction. In the third chapter of the report a system of levels is presented describing a progressively better and more effective form of transparency governance. This tool is called the “NTW BEPPER Level System for Evaluation of Effective Transparency in RWM”, i.e. the NTW BEPPER levels. The levels are described for each of the fields of public information and communication, public participation and consultation, access to justice and decision-making, and access to resources for participation.