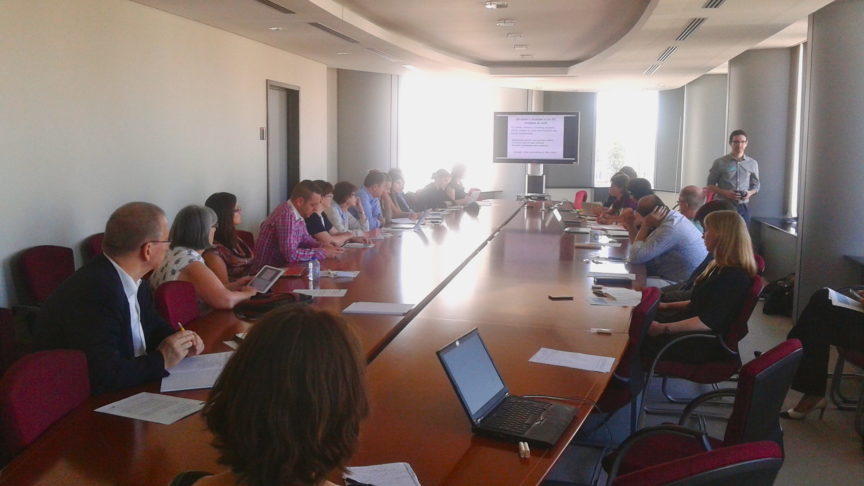 27 Members of the European Parliament have signed a joint letter warning the European Bank for Reconstruction and Development (EBRD) and Euratom to suspend the loan proceedings for nuclear units lifetime extension until a full transboundary Environmental Impact Assessment (EIA) and a public consultation are launched and carried out in accordance with international treaties to which Ukraine is a party.

Lifetime extension of nuclear reactors in Ukraine – The EBRD and Euratom are co-financing the EUR 600 million Nuclear Power Plant Safety Upgrade Program to modernise all 15 of the country’s operating nuclear reactors. The reactors 1 & 2 at Rivne have already received a lifetime extension of 20 years beyond their 30 years design lifetime without the implementation of a proper environmental impact assessment (EIA) and a transboundary public consultation process in Ukraine and in neighbouring countries, as prescribed by the Espoo and Aarhus conventions, both signed and ratified by Ukraine and all EU countries. Although such conduct has been assessed by the Espoo Convention implementation committee as a violation of this international treaty, Ukraine does not seem to be approaching the upcoming lifetime extensions differently.

“Spending millions of EU tax payer’s money on keeping open high risk and out-of-date nuclear power stations in Ukraine is utter madness. Ukraine’s nuclear authority (the SNRIU) has a record of ignoring safety risks and cannot be trusted. In 2013, the SNRIU extended the life of a reactor in the South Ukraine Power Plant until 2023, despite independent studies showing that safety limits have been breached by up to 10 times the acceptable levels! With war still raging in Ukraine, the EU approach to extending the lifetime of nuclear power plants in the country is like having a sword of Damocles hang over the heads of all European citizens”, said Dario Tamburrano, Member of the European Parliament (EFDD, Italy).

A joint letter from MEPs – Since this is the matter of European safety, adherence to EU, international rules and transparency, Members of the European Parliament (MEPs) are convinced that all EU policy makers should be informed and take action. At a meeting with campaigners from CEE Bankwatch Network and Nuclear Transparency Watch (NTW) yesterday in the European Parliament, MEPs from six political groups have decided to join the call for freezing the loan proceedings until a proper transboundary EIA and public consultation are carried out. The joint letter signed by 27 MEPs has been sent today to the representatives of EBRD and Euratom.

“Euratom and the EBRD are also committed to apply the principles, standards and procedures established by international and European laws, namely the Aarhus Convention, the EU Environmental Impact Assessment Directive and the Espoo Convention. When tax-payers’ money is not used as it should have been, we must suspend payments. EU institutions should make sure that rights of its citizens are fully respected. The prolonged operation of nuclear reactors implies an increased risk of a severe nuclear accident with potentially devastating impacts on the environment and the people “, said Michèle Rivasi, Chair of NTW and Member of the European Parliament (Greens/ALE, France).

“Nuclear energy requires the highest levels of safety, and civil society plays an essential role in ensuring this. International rules for transparency should be respected”, added Jo Leinen, Member of the European Parliament (S&D, Germany) and of NTW

Ukraine is not the only country in this situation – Several European examples show that more has to be done to promote increased transparency and strengthen international rules on subsidies in Europe. In Belgium, the legislative proposal of the Energy minister to extend the lifetime of two 40 years old nuclear power reactors breaks the Espoo and Aarhus Conventions by ignoring the right of the public to participate in an environmental impact assessment and a public consultation involving also the neighbouring countries. Another example is Austria, where the government has the intention to take the commission to the European court of justice over state subsidies for UK-based two nuclear reactors at Hinkley Point. These subsidies – which Austria considers to be competition distorting, illegal state aid – are to be funded through levies on consumer bills.