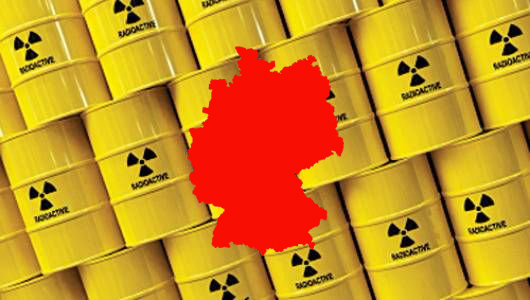 There is within Germany from different sides still criticism on the operation of the Commission for the Storage of High Level Radioactive Waste, which did not permanently exclude the Gorleben site, that has been considered for final disposal of German high-level radioactive waste, from future siting decisions. The Commission instead refers this issue to the German Government that is to draft a legal regulation on siting during 2017. This includes issues of transparency, among others about role of a strategic environmental assessment and related public participation questions.

The German regions want to have a say in the search for a repository for high radioactive waste. A series of workshops of the competent Commission for the Storage of High Level Radioactive Waste from the Federal Governmentand the Federal Council of Germany ended up with an unusually broad consensus of the participants. The participants demanded from politics and Commission to involve the public as widely and as early as possible in the forthcoming, decades-long search. Unfortunately a lot of this broad consensus wasn`t taken into account by the Commission. In addition the 111 persons that had sent comments during the final public consulting phase of the Commission`s report were not incorporated.

Download the statement of Brigitte Artmann raising this issue: NTW_Germany_s_nuclear_repository_search

Statement of Dr. Roda Verheyen concerning the violation of the Aarhus Convention by German Law commissioned by the Aarhus Konvention Initiative., forwarded to the German Environmental Ministry in June 2016: http://aarhus-konvention-initiative.de/aarhus-stellungnahme-umweltrechtsbehelfsgesetz/

– Website of Friends of the Earth Germany BUND:  “the search process for a repository site for highly radioactive nuclear waste  – BUND’s criticism and demands”.

– The English summary of the report of the German Commission on the Storage of High- Level Radioactive Waste: Donwload